I am delighted to introduce new artist photographer Paul Walsh on our live collective platform.
To start, taken from his website: “Paul Walsh is a British photographer interested in the relationship between walking and photography. He engages with the world on foot and creates work drawn from the physical, psychological and historical experience of walking. He began his career as a fine art landscape painter. During this period, he became increasingly interested in the portability of photography and started making photographs of his exploratory walks around the industrial hinterlands of the Midlands. He went on to study a BA in Fine Art and Documentary Photography at Liverpool John Moores University and an MA in Photography at the University of Brighton. Paul is also a founding member of the photography collective MAP6” 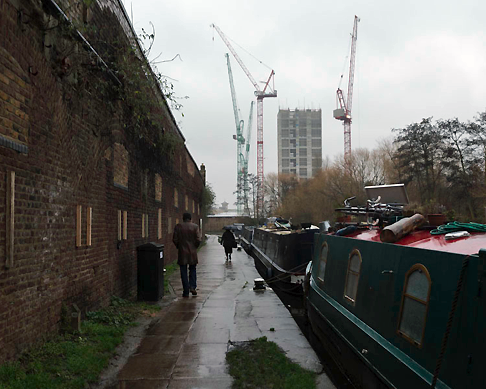 How did I come to know about Paul Walsh? I was simply browsing past events on the net when I came across a show held during the previous Photomonth. There was a collective show and Walsh’s photographs stood out not only for the project that interest us but also on a personal level. When looking at art works I always try to put myself in a sort of innocent mood. I put my thoughts and knowledge aside and let my body feel, then comes the mind. From the first glance I was captivated by Walsh’s subtle and large landscapes. They are not really landscapes as such, they are not engaged documentaries and do not follow any trend either. They have a gaze, a very special aura. There is something outside the frame that makes you feel confident and participant. You dive into those visions that seem so trivial somehow because Walsh has to ability to transcend the moment. His camera doesn’t record graphic and/or emotional moments only but it manages to transpose a time capsule in which you are immersed. Walsh’s originality lies in his ability to observe and make sense of the elements that come together in harmony, and then comes the camera. His method is very much the one of the painter as he once was (and still is I guess) 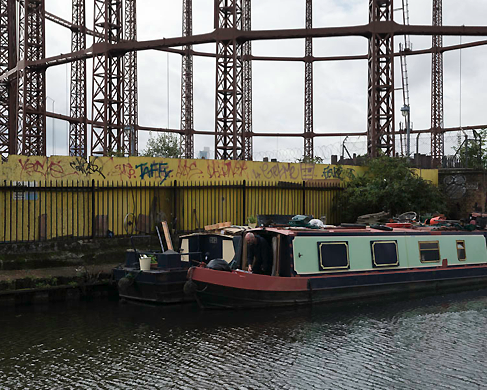 Then comes the walking. He is obsessed with its practice and I cannot blame him. There is something extremely gratifying and reflective about it. The world unfolds piece by piece as your walk progresses. The volumes and shades contrast and merge in your journey. Walking is a constant discovery, a new question at every curve and a new analysis as the day passes by. Walking is a therapy and it makes you see more than the camera use only would. The regular pace needed is your heartbeat and your vision endlessly alternates between the path ahead of you and the vast open. This constant mechanism if well trained is your own trademark and enables you to travel between point A and B in a sort of osmosis where the inner-self and distant thoughts live combined and peacefully. It is about you and the world. So Walsh examines the world carefully and by so finds answers for himself (and for us) 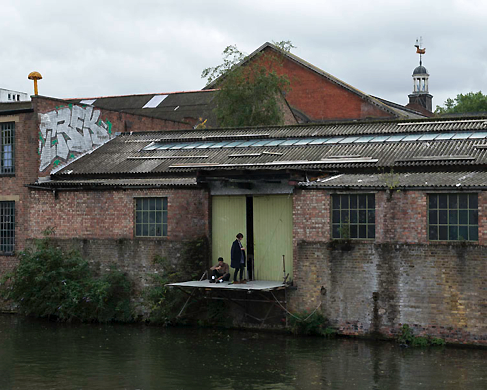 I then paid more attention to one particular series titled All Things Pass as many photographs depicted the East London area. They appealed to me for their melancholy and sincerity. They embodied perfectly a state of mind, a state of search where nothing comes to you explicitly but where you have to trust your heart and make your senses more acute to every detail that surround you. Eventually your mental dispositions and awareness make you feel the adequate moment. It is a unique journey where the signs are distant and for you to decipher later. Walsh’s walk in itself is the process and photography is just a tool to remember and share. But also let me copy below Walsh’ statement as it will explain precisely the reasons behind this particular journey.
It was in the autumn of 2012 when I got the news of my mother’s illness, a heart condition that eventually left her unable to walk. Over the coming months, I travelled back and forth on the train between London and Birmingham to visit her. As I gazed out of the train window, I wondered about what it would be like to make the journey back home on foot along the canal I could see running next to the train line. I decided that for once, I would walk back into the city and house where I was born.
I plotted a route along the hundreds of miles of canal towpath that connected the river Thames in London with my parent’s home in Birmingham. In the current light of my mother’s illness, I soon became caught up in thoughts about the ephemeral nature of things as I walked. Everything in life comes and goes and the same can be said for places. Like my mothers story, the canals story is constantly changing, once a bleak industrial landscape, it has now transformed into a green space where people escape too. As I progressed the deteriorating factories of the city gave way to pastoral landscapes. I became more aware of the fleeting nature of the world around me as everything I happened upon came into view before disappearing behind me.
With All Things Pass, I set out to make a walk for my mother. I wanted to show her the places that she would not be able to walk through that lie beyond the view of the canal from her bedroom window. Above all, I wanted to show her that with time all places can deteriorate yet manage to recover, transform and eventually find a way to live again. 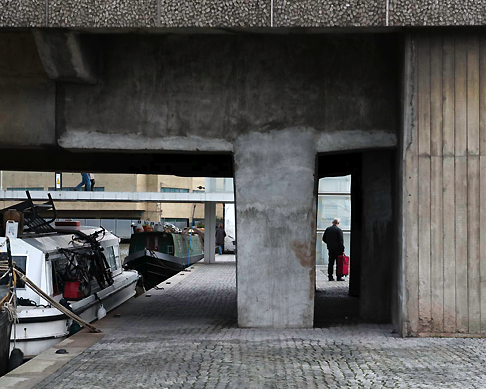 I think Walsh’s photographs express perfectly the creative process as a whole. From the aims and practice he sets himself to the discovery he let himself filled with. There is nothing more disappointing than working towards a goal where most parameters are rigorously controlled as you and we will learn very little from it. Walsh has this maturity and strength to let it go. This is why his work is so honest and unique. By capturing almost nothing he reveals a lot. That is his way of being engaged with the moment and the creative perspective. His method makes him vulnerable but extremely aware and sensitive to a whole human experience. Whereas painting is a laborious mental task and physical craft where you attempt to revive the past-seen or transcend its experience, photography has this function of freezing almost instantly. That said photography wrongly used records an infinite range of moments and it takes someone very alert, caring and skilled to combine all those attributes into one single frame. Walsh’s photographic walks are like a religious experience.

Posted by david BOULOGNE at 15:27 No comments: