I am just coming back from the Museum of London Docklands. This my first visit to this new location and was quite excited to discover how the show would be devised. I was also very keen on seeing Peter Marshall's photographs.
My reaction few hours after is actually more excitement than before stepping in. The exhibition space is great, convivial, intimate, surprising and has the perfect size. One work can also be found on the third floor, so this is very organic and entertaining. The show is described has being a selection of contemporary artists, and that description always worries me when it comes to this kind of museum. But very quickly it appears that they got it right as the mix of mediums is clever, appropriate and surprising. Peter Marshall's photographs are colour and panoramic. They present new property developments along the estuary and shore scapes in the ever growing London East End titled Thames Gateway 2000-04. Sharp, understated and revealing are his pictures. My best experience I have to say remains with John Smith's Horizon. It is a video of still frames 18min long. This montage of the sea in different states is in the continuity of Hiroshi Sugimoto's contemplation of nature's beauty mixing abstractions, minor events and sounds. This is truly one of the best experience I have had in years!!! I am still very surprised as why Mike Seaborne's stunning estuary colour landscapes are not present in this exhibition!? Just go there and enjoy, it is really worth it.


1/ Dear Mike, first of all I would like to know what drives you towards photographing the unwanted or forgotten London?

London is where I live(d) and the place I know best. Photographing what other people ignore, that which is banal or ordinary, seems the most important thing to do in order to provide future generations with something to counter the stereotyped images produced by advertising and the media

2/ The captivating landscapes you are collecting go further than depicting emotional stereotypes. How do you describe your approach? What are the key features or recurrences you have been able to notice at a later stage, or produced deliberately throughout the years?

I would describe my approach as archaeological. I am interested in the landscape as evidence of human activity, past and present. The theme which has most concerned me is de-industrialisation and the negative social and cultural impact this has had. A certain amount of nostalgia is involved in this - tapping into people's innate sense of loss and a feeling of helplessness in the face of the immense social and cultural changes wrought by global capitalism. 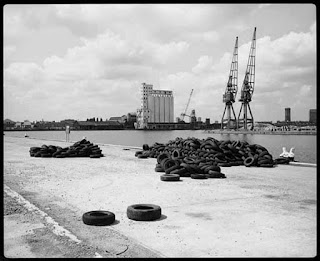 3/ How would you explain best the marginal direction of your photography. This thought could be applied to most photographers engaged in the platform but I think you might be the perfect example of " how NOT to do it right" if you understand what I mean. That dilemma comes with whether you wish to capture and deliver what is in tune with the medias or art scene, or whether you take the alternative of producing over a long time period something which makes more sense when looking back.

I do what I do irrespective of whether it is 'in tune' with the current media or art scene. I am more interested in producing a body of work over a period of time which will, hopefully, have some historical significance in the future

4/ Do you have a photographic routine and what interest you most?

5/ Does your work relate to certain theories, thinkers or writers?

Quite possibly, but as I don't read a lot of photographic theory I may not be aware of it. On the other hand, I do tend to take note of other photographers' images, ideas and experiences. My favourite quote is Bill Eggleston's "I am at war with the obvious". 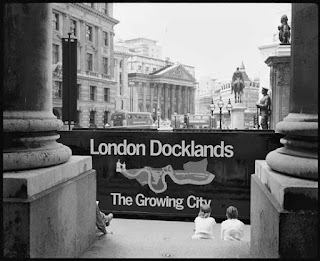 6/ Would you say in some ways that your work is politically engaged? My thoughts here are more directed towards a philosophical discourse rather than an active and direct opposition?

Definitely, yes. I want people to take notice of what is being destroyed in the name of progress.

7/ What is your relationship to the medium? Do you have other interests? Is there any burden with photography that you find solution from others?

Sometimes photography seems like a huge burden, at other times it becomes the only purpose in life. My main other interest is classic cars - which I also like photographing!

8/ Could you imagine your life without a camera?  No 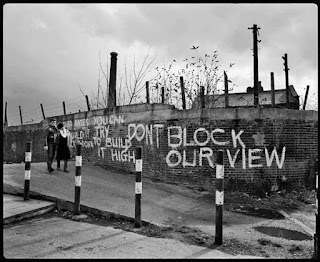 9/ Finally, how would you describe what Photography is today for the ones that wish to make a career of it?
I would say that photography is now almost dead as a documentary medium, having been replaced by a technology which is really only a simulation of it and so has little or no long-term cultural value. Everyone is now a photographer and because photography has become a craft-less technology with minimal user input, I can see no meaningful future in it as a career.
Posted by david BOULOGNE at 09:12 No comments: