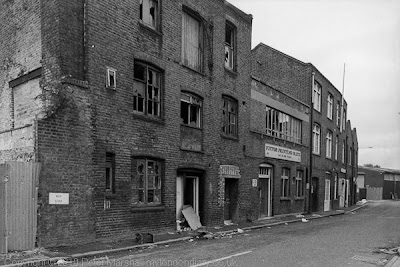 Above and below, Marshgate Lane 1990 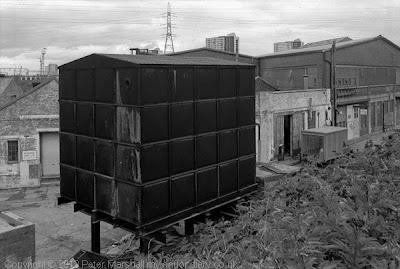 I first photographed the Lee Navigation in the early 1980s, when a few commercial barges were still in use. Within months they had gone, and I kicked myself for not having taken many more pictures. It was also a time when many of the larger manufacturing industries which had occupied the Lea Valley were closing down, as Thatcher closed down our productive base and shifted decisively towards the UK as a service economy. At times I very much felt I was recording London as a post-industrial wasteland, and nowhere was that feeling stronger than around the Lea. 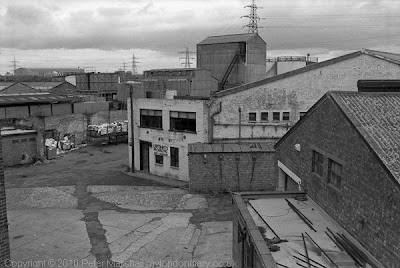 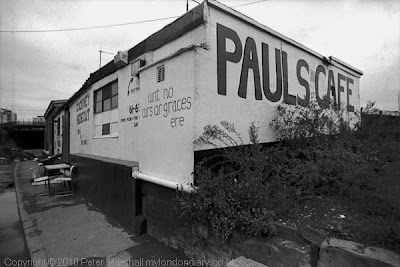 In 1983 I put together a grant application for a project to record the Lea Valley and the Navigation within Greater London, making some preliminary work in support of this. There was then very little interest in this area of London where most of the industry had closed or was disappearing. Few people went there or even seemed to know of its existence, and to walk some of the footpaths I needed a pair of secateurs in my camera bag to cut through the brambles. Unfortunately my grant application was unsuccessful, and I went on to other projects, with the Lea Valley becoming just a part of my wider work on a changing London. 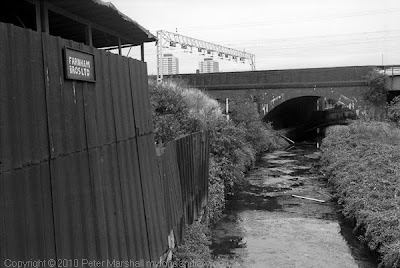 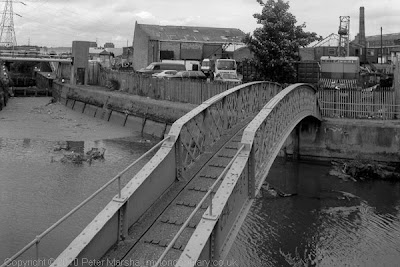 It was an area that fascinated me, and I continued to return at intervals throughout the 1990s and beyond, watching the changes as first the rivers and paths were cleared for recreational use, and later as regeneration slowly began with the plans for Stratford City and the Channel Tunnel Rail Link, walking around the Bow Back Rivers and across the Northern Outfall Sewer (rebranded by then as the Greenway) as well as along the Navigation towpath and around the surrounding streets. From 2003 I also occasionally cycled around the area, and soon began to notice a greater interest in it as the Olympic bid emerged.

These pictures are a small sample of those I took in the within or on the edges of what is now the London 2012 Olympic area. You can find more on my http://river-lea.co.uk/ Lea Valley web site and also in my recent Blurb book, http://www.blurb.com/bookstore/detail/1447506 'Before the Olympics - The Lea Valley 1981-2010'.

Posted by david BOULOGNE at 17:19 No comments: