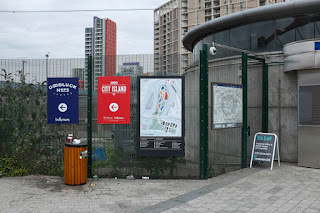 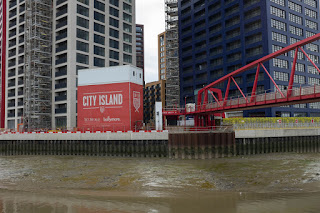 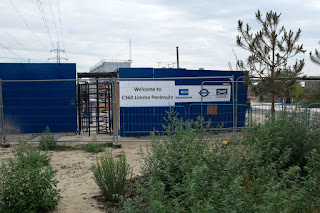 I was about to start my walk on Barking Road but I saw an exit sign indicating City Island at Canning Town station so I decided to head this way in order to have a closer look, the view from the train never allows you to appreciate the scale. As I left the station I realised there was no other passage back to Canning Town ( unless coming back to the station) so I decided I would have a walk around. I didn't want to enter the island as my camera wouldn't allow me to have a sense of scale or take a perspective on the building project. I walked a bit South and discovered they were building a path all along the River Lea Bow Creek towards its mouth - to be investigated later when completed. What strikes you first is the cheer scale of the project on such a small piece of land. As everywhere else nowadays they tried to make it look "interesting and playful" by juxtaposing very standard building of different colours and patterns.
I recently saw an advert about the project where they were promoting its "creative" residents. I cannot imagine how such a tight landscape can emancipate inspiration to be honest. That might be one of the busiest piece of land I have ever witnessed in UK. You are surrounded by a natural environment but it feels like a prison to me. I think they could have done something quite special actually but they managed to produce the opposite somehow. 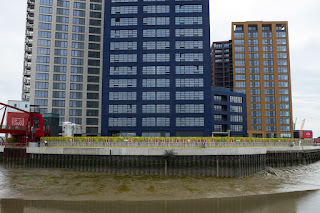 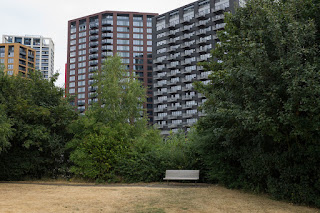 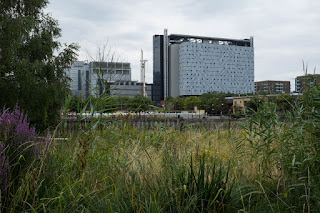 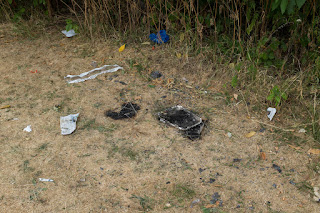 I then followed the only path Westbound to reach the Limmo Peninsula Ecological Park. I don't know why they call it park as it is short lived path that follows the River Lea and passes under the DLR. This walk enables you to have a view on the other side towards Canary Wharf. Lots of lovely wild grasses and some news installations for the locals to enjoy the views. Those spots are already damaged and filled with litter, not so great for the the flora and fauna.
A new colossal pedestrian bridge trying to upgrade the adjacent abandoned Victorian one. More litter...and we are back on the A13. 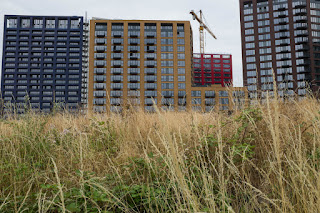 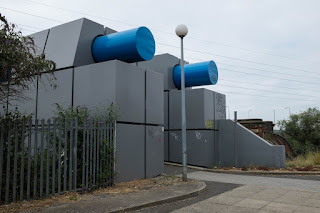 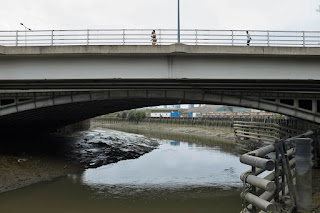