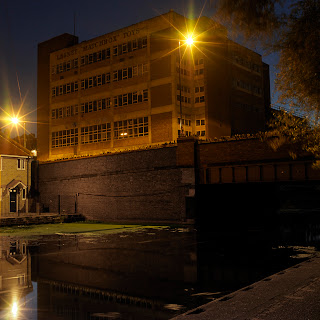 After visiting in depth David George's website I could not feel more satisfied in discovering someone who was not only capturing the essence of our surroundings but also trying to make sense of it in a psychological approach. Most certainly George's images depict a sort of alien London to most of us but he is applying his passion as a true artist and invests the meaning of our acts and settings. By following a style which could be easily associated to Bill Brandt's night urban visions, George's is trying to make sense of the night we no longer explore. Most of his work is based in the East. His intentions aren't to formally describe its expression but its nature when standing alone in the darkness. Photographing the urban at night is a regular practice today especially with the advantages of the digital technologies but trying to make sense of a place is a different ambition that can only be produce by reflection and patience. 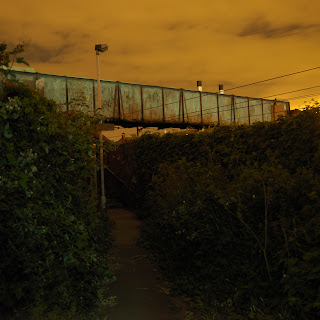 As Andrei's Tarkovski questions in Solaris why we human always wish to go far deeper in the universe as we don't know who we are first, George's work analyzes the alternative reality which we always tend to ignore. Exploring a new aspect of our common environment and raising essential issues by choosing a new approach is the way I understand George's awareness of our reality. By focusing in the most common places in a different mood you differ your relation to it, and eventually you can reveal some kind of truth that cannot be perceived otherwise. George understands Photography is only a tool and uses it adequately to investigate the soul. The absence of the human element and alteration of the light conditions enable the subject to be closer to its essence, as if we were photographed sleeping. The lack of effects an anticipations truly enhance the meaning that we are looking at. George investigates deeper layers of the act of seeing by entering an other field which is the one of the unconscious. 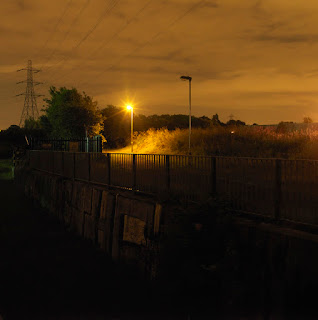 As he describes later in his statement below his intentions lie in the aspirations of producing the effect of Melancholy as an emotion. Not an effect per say as a finalized result but more like a psychological process using the photographic medium. David George's photographs are inspirational not only for their formal qualities but most importantly in their intentions. He has the rare ability to understand the intricate issues that Photography engenders and play with his camera as a writer would use his pen in a progressive attempt. He is not really interested in producing beautiful images but more in the mental journeys that Photography takes us into. In that sense the Tristitia series work wonderfully and they reveal a charismatic zone hidden to our daily experience as much as an emotional dilemma. 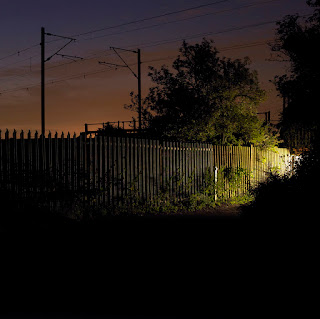 TRISTITIA – The wholesome sorrow
These images address cultural ideas of melancholy, especially those that involve the notion of melancholy as an aesthetic emotion or ideal and lead directly from an earlier series I concerning “ The Sublime” as these two ideas share some common cultural history, characteristics and ambiguities.
The term melancholy covers a whole range of emotions and mindsets from nostalgia  (The Greeks) to mourning (Freud) and everything in nuances that lie between. A theme that occurs throughout all the different cultures and time scales (Chinese, Greek, Roman, Medieval to the modern day via Shakespeare and Keats is the term “ Ubi Sunt”. This is shorthand for the longer phrase “Ubi Sunt qui ante nos fuerunt” or “Where are those who were before us“. This phrase has persisted as a lament or sometimes a nostalgic reverie but more importantly for me, a question. I have tried to make images that have this question as a central part of their aesthetic structure without drifting into any notions of pathos that photography can have a tendency towards,
These images will attempt to argue that melancholy is a chosen state of mind that can be enjoyed and even used in art as opposed to depression or sadness that are states of being over which the sufferer has no choice or control. 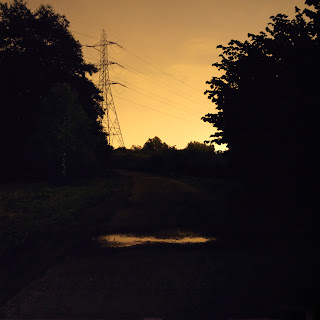 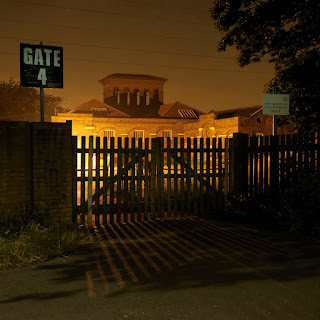